You may have heard that money doesn’t buy happiness and the person that told you that probably had a lot of money, but they aren’t exactly wrong. Let’s see what are the ways to get financial freedom.

I think what’s closer to the truth is having money’s not everything not having it is. When you don’t have money it becomes the source of a lot of pain, frustration, and anger. It consumes your life and becomes the lens with which you see the world. When we don’t have it, every problem seems to revolve around money. And while being rich won’t fix every problem in your life, stacking up some money seems like a worthwhile pursuit. When you become financially free, you will no longer make every decision solely based on money. You don’t take the job just because it pays better, you don’t have to look at the price of organic groceries to make sure you can afford them, hell, you can take Uber Black to the airport …every once in a while. Ways to get financial freedom are simple, but it’s not gonna happen overnight.

Imagine being at a place where you never had to worry about money again and maybe not even that far. Imagine a place where money wasn’t the major stressor in your life and on your relationships. The steps to get there are simple, but it’s not gonna happen overnight. So let’s get started.

Following are the ways to get financial freedom.

Step 1: Save an Emergency Fund

Save a thousand dollars and put it into an emergency fund that you’ll only use in dire circumstances. I remember reading a story from Dave Ramsey from someone who literally put their emergency fund inside a frame with the words “break glass in case of emergency.”

Hold up though. Emergencies don’t include beer money, vacations, or even an engagement ring. It’s a… it’s a minimalist ring. This money should only be used if, and when, shit hits the fan. When your car breaks down, when you need to replace your water heater, basically when your life would otherwise become completely derailed, that’s when you go to the emergency fund.

Why create an emergency fund?

Because everything that can go wrong, will go wrong and instead of borrowing money from your family again, or pulling out your credit card, pushing yourself further into debt, you’ll have something to fall back on. The great thing about the emergency fund is that it starts to give you that feeling of financial freedom. For the first time maybe in your adult life, you have some room to breathe. This step is the quickest way to finally start to gain some control back in your life.

Step 2: Pay off all Your Debt

About 80% of American adults are in debt and we’ve just accepted this as the status quo. Maybe we bought shit we didn’t need to furnish an apartment we couldn’t afford, or purchased a new car when we could’ve bought used. For me, one of the biggest problem with debt is that it restricts your monthly income.

So when you’re paying five to seven hundred dollars, even more on your mortgage, student loans, your car payment it severely restricts the amount of money you can save. The other thing I’ll say is that you’re gonna be saving thousands of dollars in interest if you’re able to pay off your loans quicker. Forget about cutting back on your daily lattes, this is where you’re gonna take the biggest step toward financial freedom.

This kinda feels like an emergency. So what’s the best way to pay off your debt early? There are a couple takes on how to do this.

So this is what drove me.

I started to have hope again. I started to feel like there was a light at the end of the tunnel and I would actually eventually be able to pay all this off. Let’s check remaining wways to get fina

What would it feel like to have 6 to 12 months worth of expenses in your bank account at all times? Imagine the kind of freedom and stability you’d have knowing that if you ever got injured, lost your job, or you couldn’t find anymore clients, that you’d be taken care of for the foreseeable future. This is why having runway is so important. Open up a spreadsheet and take account of all your monthly expenses. Rent, groceries, internet, insurance, Netflix, your phone bill, etc.

So pulling all of this information into my spreadsheet was an amazing way for me to start to see what’s the absolute minimum that I needed to survive on? And as a freelance filmmaker with my income varying widely, this was a really powerful number to have. Okay, now for some tough math. Multiply that number by six months to get your first target runway goal.

The next goal after that would be to get 12 months of runway. This number now becomes your baseline; it’s like an extended emergency fund. Except I wouldn’t put twenty two thousand dollars in a frame above your bed, I think the bank might be a little bit safer.

Retirement funds are one of those things that you know you should do, but you haven’t done yet, but eventually you’ll get to it, but you probably never will. Retirement funds are those things that your friends talk about sometimes and whenever they do you just smile and nod, but really you’re thinking, “fuck you, Brian, you’re a piece of shit. I don’t care what your stocks are,” and then you think to yourself, “what’s a 401k I’m gonna look that up.”

Personal finance is often about making short-term sacrifices for long-term gain. By saving a little bit each year you’ll be able to set yourself up for a dignified retirement. First, compound interest is the shit, and here’s why: So you have a lot of money, like you have ten thousand dollars, and then over the course of a year, that money is making money because you’re investing it into stocks and stuff and then you have more money at the end of the year so then the next year you’re making more money on top of that money and then that money’s making even more money and then the next year you’re making even more money.

That’s the end of my views on what are the ways to get financial freedom.
I’m just gonna do a quick illustration so it’s not as confusing. Say you put ten thousand dollars into a 401k receiving a ten percent annual return at the age of twenty if you never touch that money until you turn seventy years old you’ll have over 1.1 million dollars in the bank all that from simply putting away ten thousand dollars.

Use a compound interest calculator online to see how much you could retire with based on your yearly savings. Alright, so for me personally, I invest primarily in low-cost mutual funds about ninety percent stocks, ten percent bonds. Now I chose this fund because it’s essentially a snapshot of the U.S. economy. So since 1923 when the S&P started it has produced a return of around ten to twelve percent, and that’s basically what this fund is giving me.

“You may have heard that money doesn’t buy happiness and the person that told you that probably had a lot of money, but they aren’t exactly wrong.”

Now that’s over the long run, we’re not talking about a five year period. So when you invest in the long run you’re not checking your investment account every day, every other day, you’re putting your money in, you’re making sure you have everything set, and then you’re checking it maybe in six months, maybe in a year but you’re not stressing out every time that the stock market’s shaky. When 2008 hit, a lot of people lost money, but if you’re investing in the long term, that’s not gonna matter at all, because in thirty years, you’re gonna eventually make your money back.

There are many many variables that will factor into your own investment strategy, like your age, your income, how much money you’ll think you’ll need when you retire, how much risk you’re willing to tolerate. Please do your research before investing. I’m not your financial manager, investor, or fiduciary. Read up and make a decision based on your life circumstances. This is not a definitive blueprint.
If you’re a freelancer and you can’t stomach that much risk, or you’d feel safer if you had five thousand dollars emergency fund from the very beginning, then do that. Or maybe you can actually handle the extra risk and you decide, “I don’t wanna build six months of runway, I wanna actually start investing in my future and my retirement right now.” Then do that.

100 Motivational Quotes to Inspire in Life and Stay Positive

I personally liked the idea of paying off my debt first, and then moving to my retirement fund, but for a lot of people if you’re not able to pay off your debt that quickly, you may want to actually start your retirement fund now, especially if you have a 401k-match with your company because then you’re gonna be able to take advantage of the compound interest. I wouldn’t have been able to pay off my debt if it wasn’t for reading books like Dave Ramsey’s “Total Money Makeover” or Ramit Sethi’s “I Will Teach You to be Rich.” I recommend reading one personal finance book a year, or listen to one of a hundred podcasts on the topic.

Warren Buffett: How He Does It

This will help you rest your priorities every year as we can sometimes get distracted by shiny objects. Once you’ve got a solid emergency fund, pay off your debt, padding your bank account with runway, and you’ve got your retirement fund started, you’re on your way to financial freedom, and it won’t take finishing your retirement fund to finally realise that having money’s not everything.

Let us know your views on what are the ways to get financial freedom? 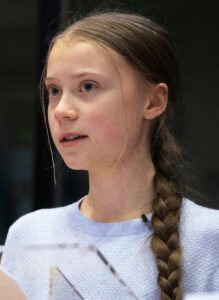