Greta Thunberg is a Swedish environmental activist who is internationally known for challenging world leaders to take immediate action for climate change mitigation. She came in light post her strike from school in protest of how little was being done around the world to combat climate change. Greta Thunberg was born on 3 January 2003 and first learned about the growing problem when she was just 11. Let’s have a look at 15 Powerful Statements from Climate activist Greta Thunberg

Greta Thunberg’s mother was an opera singer, and her father was an actor. Greta was diagnosed with Asperger syndrome, which is now considered an autism spectrum disorder (ASD). It is characterised by abnormalities in social interactions (as in classic autism) but with normal intelligence and language development. People with Asperger syndrome tend to focus deeply on one idea or interest, and Thunberg’s cause became climate change. She first learned about the issue when she was approximately eight years old, and within a few years she changed her own habits, becoming a vegan and refusing to travel by airplane. (Both livestock and airplanes emit a large amount of the gases that contribute to global warming)

“I have learned you are never too small to make a difference.”

“The eyes of all future generations are upon you. And if you choose to fail us, I say – we will never forgive you.”

“We showed that we are united and that we, young people, are unstoppable.”

“We are striking because we have done our homework, and they have not.”

“Since our leaders are behaving like children, we will have to take the responsibility they should have taken long ago.”

“Change is coming, whether you like it or not.”

“I have a dream that the people in power, as well as the media, start treating this crisis like the existential emergency it is.”

“You must take action. You must do the impossible. Because giving up is never an option.”

Quote by Greta from “Our Lives are in Your Hands” speech

“We cannot solve a crisis without treating it as a crisis. And if solutions within the system are so impossible to find, then maybe we should change the system itself.”

“Time is much shorter than we think. Failure means disaster. The changes required are enormous and we must all contribute in every part of our daily life. Especially us in the rich countries where no nation is doing nearly enough.”

“If burning fossil fuels was so bad that it threatened our very existence, how could we just continue like before? Why were there no restrictions? Why wasn’t it made illegal? To me that did not add up.”

“How can we expect countries like India or Nigeria to care about the climate crisis if we who already have everything don’t care even a second about it, or about our commitments to the Paris agreement.”

“Why should I be studying for a future when no one is doing anything to save that future?” 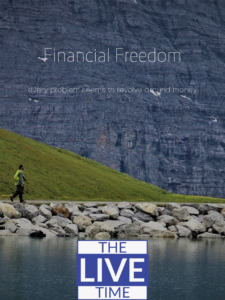